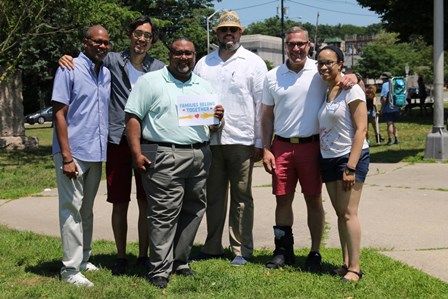 Michael Wildes is the Managing Partner with the leading immigration law firm of Wildes and Weinberg, P.C.  He serves as counsel to several hotel chains; hospitality groups and international/corporate law firms. He is an Adjunct Professor at the Benjamin N. Cardozo School of Law in New York where he teaches Business Immigration Law.  He is a former Federal Prosecutor with the United States Attorney’s Office in Brooklyn (1989-1993). Having represented the United States government in immigration proceedings, Michael Wildes is a frequent participant on professional panels and commentator on network television and radio with regard to corporate immigration law, employer sanction work  and compliance. He has testified on Capitol Hill in connection with anti-terrorism legislation and is internationally renowned for his successful representation of distinguished individuals and corporate clients. Mr. Wildes represents many performing artists, directors, writers, models, actors/actresses, athletes, race car drivers, fine artists, art dealers, curators, and literary agents. His boutique law firm specializes exclusively in the practice of U.S. Immigration and Nationality Law. It was established in 1960 by his father Leon Wildes, whose best known accomplishment was his successful representation of John Lennon in his widely publicized deportation proceedings, the circumstances of which have inspired several films, documentaries, and a recent book that Michael Wildes wrote the Foreword to. More than fifty eight years since its inception, the firm continues to serve a distinguished domestic and international clientele and covers all areas of U.S. immigration law, including employment and investment-based immigration, work permits, permanent residence for qualified individuals, family-based immigration, asylum applications and all temporary and permanent-type visas.

In addition, Michael served as a two-term City Councilperson and a two-term Mayor of Englewood, New Jersey, where he resides and where he is currently the democratic mayoral nominee once again.

For further information or to request Michael to address your organization, please contact him at michael@wildeslaw.com