Managing Partner Michael Wildes is pictured with U.S. Representative Bill Pascrell (D-Paterson). In January 2019, Michael Wildes, Managing Partner of Wildes & Weinberg, P.C., a boutique U.S. Immigration Law Firm, was sworn in for his third term as Mayor of Englewood, New Jersey. He previously  held office as a  two-term city councilman and two-term mayor from 1998 to 2010.  Wildes meets regularly with other elected officials to discuss local and regional issues. 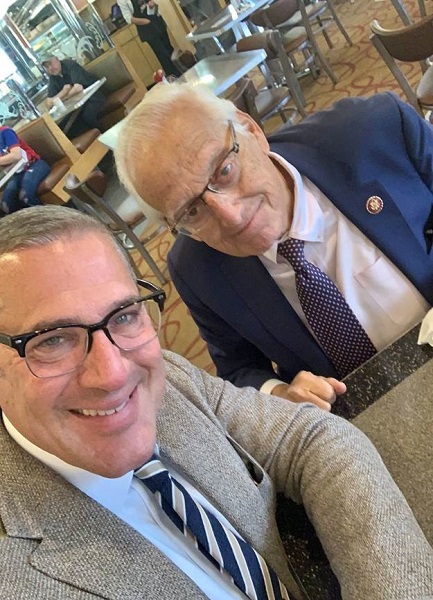 Wildes & Weinberg, was founded in 1960 by Michael’s father, Leon Wildes, whose best-known accomplishment was his successful representation of John Lennon in his widely publicized deportation proceedings, the circumstances of which have inspired several films and documentaries, and specializes exclusively in the practice of U.S. immigration and nationality law. More than sixty years since its inception the firm continues to serve a distinguished domestic and international clientele and covers all areas of U.S. immigration law, including employment and investment-based immigration, work permits, permanent residence for qualified individuals, family-based immigration, asylum applications and all temporary and permanent type visas.