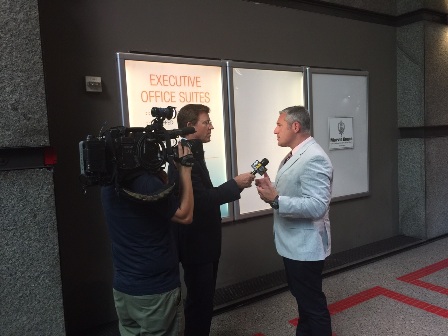 Prior to joining Wildes & Weinberg, P.C. the U.S. immigration and Nationality Law Firm established in 1960 by Michael’s father, Leon Wildes, Michael served as a Federal Prosecutor with the U.S. Attorney’s Office in Brooklyn, New York. In addition, in his free time, Michael has volunteered as an Auxiliary Police Officer with the NYPD, is a certified EMT, was elected into local politics in his hometown, Englewood, NJ, first serving two terms as City Councilperson and then as Mayor, and is currently an Adjunct Professor of Business Immigration Law at the Benjamin N. Cardozo School of Law in New York City. As a skilled professional, Michael is often asked to debate immigration topics or provide legal analysis on network television and radio.