Gurvey’s Law is a long-running talk show on ABC Radio in Los Angeles. Every Saturday, hosts Alan Gurvey and Kerri Kasem examine the legal issues of the day, through interviews with the country’s most preeminent scholars, well-known attorneys, luminaries, politicians, news makers, athletes and entertainers. The interview which discusses Michael’s career, personal life, and celebrity clients will air on Saturday, August 11, 2018 at 2 pm. 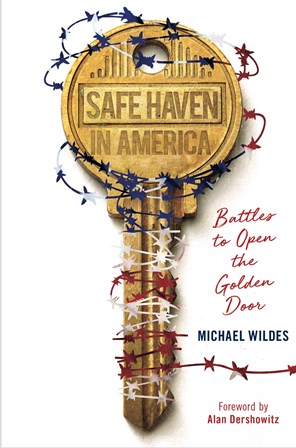 Miichael Wildes, a former federal prosecutor and mayor, second generation U.S. immigration lawyer, author of Safe Haven in America: Battles to Open the Golden Door, and professor of Business Immigration Law at the Benjamin N. Cardozo School of Law, is considered an expert in the field of U.S. Immigration and Nationality Law.  Mr. Wildes has testified on Capitol Hill in connection with anti-terrorism legislation, and is internationally recognized for his successful representation of many defectors who have provided difficult to obtain national security information to the U.S. In addition to rotating his time between his four offices (New York City, New York,  Englewood, New Jersey, Miami, Florida, and Los Angeles, CA), Michael Wildes is a regular participant on professional panels as well as a frequent commentator and legal analyst on network television and radio.