Managing Partner Michael Wildes appears live on MSNBC with news journalist Alexandra Witt to discuss children in the courts at the border, July 1, 2018. 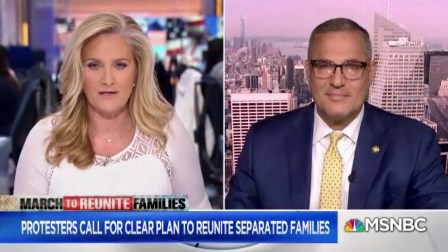