The National Arts Club of New York is located in Gramercy and is a private club that was established to foster, promote and educate public interest in the arts.  On February 7, 2017, Authors Myriam Ullens, and Douglas Kennedy discussed the art of story telling.

Pictured here with Michael Wildes is noted author and novelist Douglas Kennedy, whose international best sellers include The Big Picture and The Pursuit of Happiness. More the 14 million copies of Kennedy’s books have been sold world wide and his work has been translated into 22 languages.  His latest novel, The Blue Hour, was recently published and he is now working on his 13th novel. 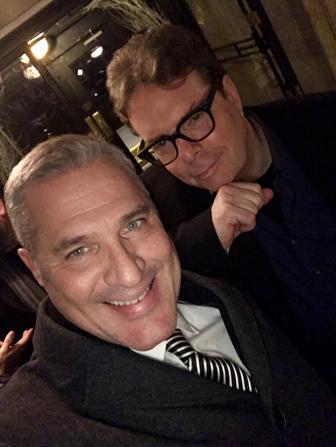