On September 24, 2015, Managing Partner Michael Wildes attended Cardozo’s Fashion Law Symposium which addressed China’s IP issue with the U.S. The Cardozo Fashion Law Society was founded in November 2014. The purpose of the Society is to create an organization that will engage and educate law students and professionals in the multiple facets of fashion law.   In addition to serving as the Managing Partner of Wildes & Weinberg, Michael Wildes, is also an Adjunct Professor of Business Immigration Law at the Benjamin N. Cardozo School of Law in New York City.

Since its founding in 1960, the Wildes & Weinberg firm prepares and files numerous visas for fashion models each year, bringing in coveted talent from around the world to participate in prestigious events such as New York Fashion Week. For fashion models who have developed a distinguished reputation in the industry, the firm will typically file O-1 visa petitions which are reserved for individuals of extraordinary ability. Models of this caliber have worked for distinguished designers and have appeared in top fashion magazines the world over.

For fashion models, the O-1 requirements may be met by submitting evidence such as: magazine tear sheets, ad campaign work, runway photos, press articles, awards, and/or examples of high rates of compensation. It is also helpful to demonstrate that the model has worked with distinguished model agencies abroad and to provide testimonial letters from prominent individuals in the fashion industry who can confirm the model’s distinctive reputation and work history. The model must have a U.S. employer or agent to sponsor the visa petition and an itinerary of upcoming work in the U.S.

For more than five decades, the immigration law offices of Wildes & Weinberg, PC has concentrated its practice in all aspects of U.S. immigration and nationality law, servicing the immigration needs of prominent American and International firms, banks, industrial, financial and manufacturing concerns and law firms in connection with the personnel needs of their foreign national employees. In addition, the firm has a distinguished clientele and has done substantial immigration work for investors, scientists, physicians, scholars, bankers, performing artists, directors, writers, models, actors/actresses, athletes, fine artists, art dealers, curators, and literary agents. 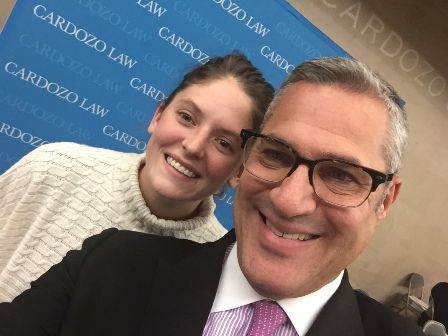