Managing Partner Michael Wildes, also the Mayor of the City of Englewood, poses with Yael Rudolph at the grand re-opening of iLoveKickboxing.  Yael and her husband, Elnatan, are the new owners of the studio which is located at 35 Nathaniel Place in Englewood, NJ. February 2019. 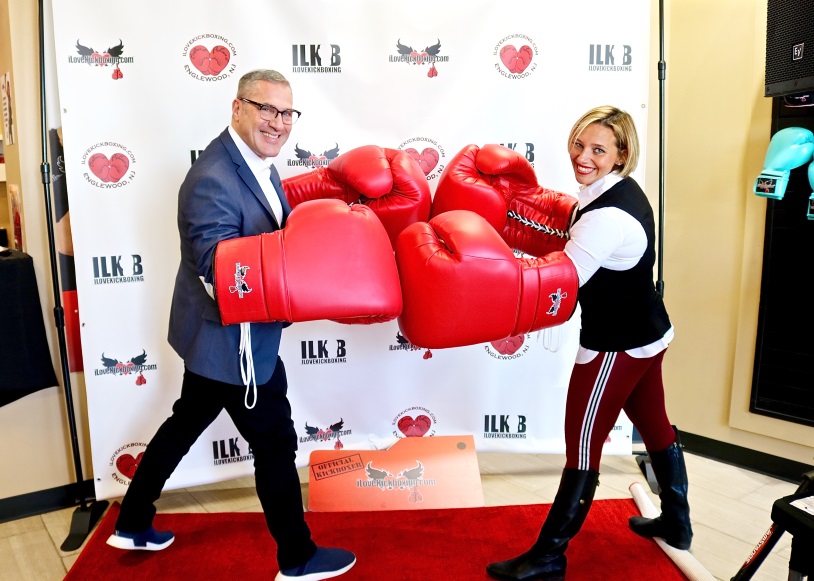 As a full-time immigration attorney, and part-time mayor, Michael’s schedule is very busy. Recently, he had the privilege of representing  Adonis Stevenson, a Haitian Canadian professional boxer, who has held the WBC and lineal light-heavyweight titles since 2013 and previously held the Ring magazine light-heavyweight title from 2013 to 2015.

In addition to running a highly successful immigration law practice and his part-time position as Mayor of Englewood, NJ, Michael the author of, Safe Haven in America: Battles to Open the Golden Door, and an adjunct professor at the Benjamin N. Cardozo School of Law in New York,  also serves as Counsel to Lincoln Center and two international/corporate law firms.  Further, he is internationally renowned for his successful representation of distinguished individuals and corporate clients such as performing artists, directors, writers, models, actors/actresses, athletes, race car drivers, fine artists, art dealers, curators, musicians, photographers, stylists, and literary agents. Some of the firm’s recent clients include famed artist Sarah Brightman, several Miss Universe winners as well as soccer icon Pele and Chef Jean-Georges. Despite difficulties currently being encountered in dealing with U.S. immigration authorities, Wildes & Weinberg has  maintained an extraordinary track record for success for its cases.  In addition, the firm’s  multilingual  staff is known for its experience and special expertise in processing each foreign national’s case with nothing less than the highest level of professionalism.