MADELINE, AN 0-1 CLIENT OF THE FIRM, HAILS FROM AUSTRALIA, AND IN ADDITION TO SHOWCASING HER BRAND WITH A PYTHON AROUND HER NECK, SHE ALSO WALKED THE RUNWAY FOR DEXTER SIMMONS, JESSIE LIU, ZULA, HOUSE OF BYFIELD, AND TWO GYPSY SOULS.

According to Michael Wildes, “It was an honor and a privilege to present Madeline with her O-1 visa, we have no doubt that she will continue to grow professionally and be a source of pride to all who know her”. 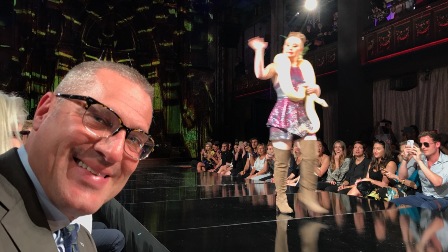