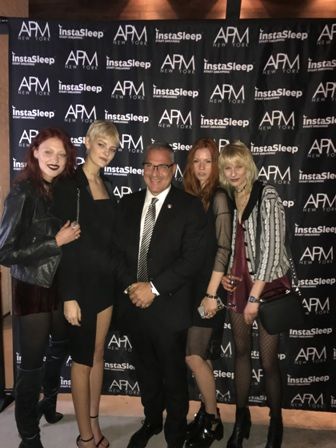 Founded in 1960, the Wildes & Weinberg firm prepares and files numerous visas for fashion models each year, bringing in coveted talent from around the world to participate in prestigious events such as New York Fashion Week. For fashion models who have developed a distinguished reputation in the industry, the firm will typically file O-1 visa petitions which are reserved for individuals of extraordinary ability.  Models of this caliber have worked for distinguished designers and have appeared in top fashion magazines the world over.

In addition, the individual must provide substantial evidence to prove that he/she meets 3 of the 6 evidence categories defined by statute, as well as a written advisory opinion from a labor union or relevant peer group. The O-1 visa applicant must also show that he/she has an offer of employment in the United States to work in his/her field of expertise (or several offers of employment from multiple sources, along with a third-party Agent to petition on the individual’s behalf and connect him/her to the multiple employers). We have proudly secured an O-1 visa for Ralph Lauren’s top model Anastasia Khozissova

For more than fifty six years, Wildes & Weinberg has concentrated its practice in all aspects of U.S. immigration and nationality law, servicing the immigration requirements of prominent American and International individuals and corporations, banks, industrial, financial and manufacturing concerns, and law firms in connection with the personnel needs of their foreign national employees.  In addition, the firm has a distinguished clientele and has done substantial immigration work for investors, scientists, physicians, bankers, performing artists, directors, writers, models, actors, athletes, fine artists, art dealers, curators, musicians, and literary agents.