Managing Partner Michael Wildes, also the Mayor of Englewood, New Jersey, celebrates the fortieth anniversary of the Sugarhill Gang’s release of Rapper’s Delight, which was widely credited as the first hit to push hip-hop into the mainstream.  Sylvia Robinson, known as the “Mother of Hip-Hop” produced and co-wrote Rapper’s Delight which was released on September 16, 1979.  The Gang, pictured with Michael, performed at his 40th birthday party and recently, his daughter came across the famous album cover. September 2019. 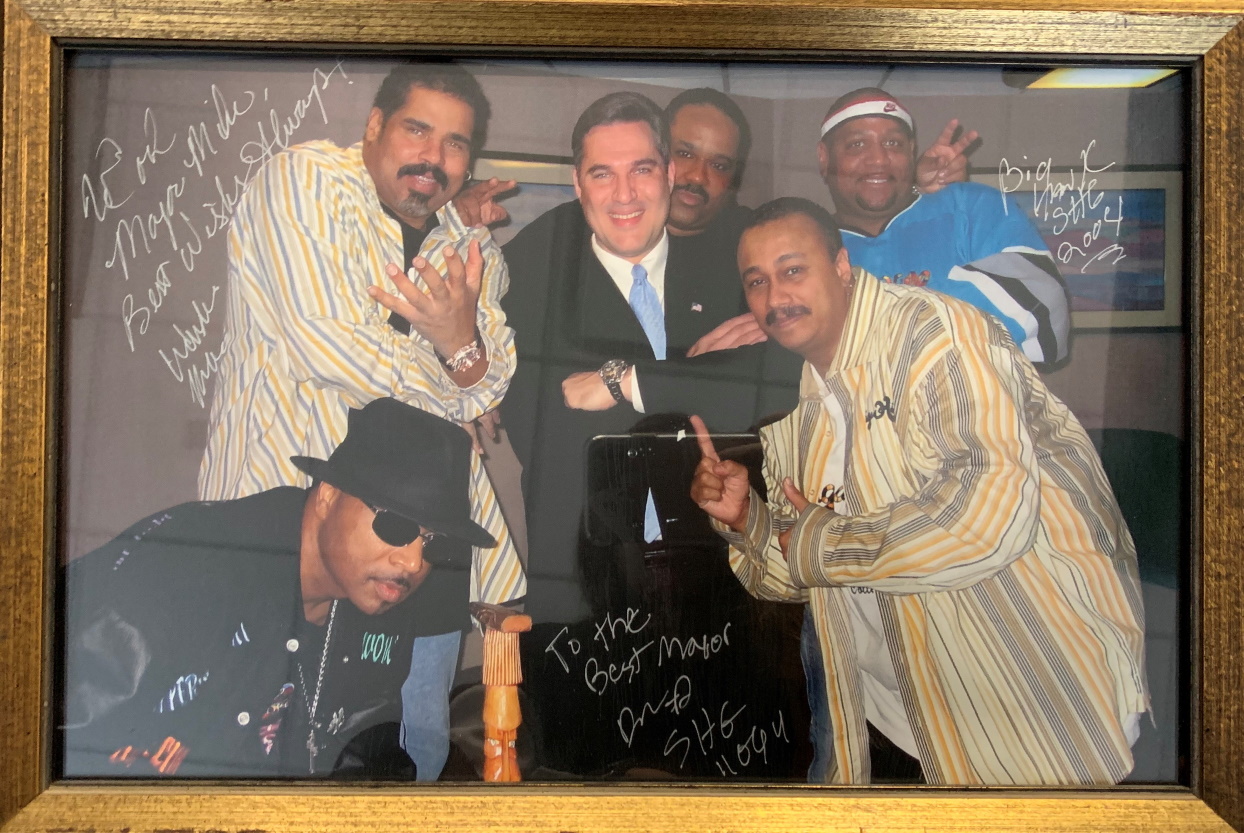 Michael, through his work as an immigration attorney helps musicians and artists of all genre’s actualize their ability to live and work in America. His firm, Wildes & Weinberg, P.C. was founded in 1960 by Michael’s father, Leon Wildes, whose best-known accomplishment was his successful representation of John Lennon in his widely publicized deportation proceedings, the circumstances of which have inspired several films and documentaries. The firm specializes exclusively in the practice of U.S. immigration and nationality law, has a distinguished domestic and international clientele, and can assist with any type of immigration matter including employment and investment-based immigration, work permits, permanent residence for qualified individuals, family-based immigration, asylum applications, all temporary and permanent type visas, and U.S. citizenship.