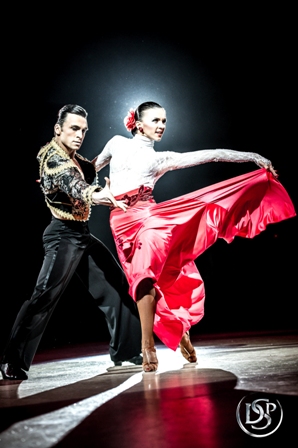 Antonina Skobina and her dance partner Denys Drozdyuk are 2-Time USA National Champions. Antonina is also the winner of the British Open Championships 2011 (the most prestigious ballroom dance competition in the world) held annually in Blackpool, England. This accomplishment has automatically put her into the top of ballroom dancing circuit. She is also the winner of all most prestigious dance competitions in the US. Antonina has also achieved exceptional results internationally, including titles throughout Europe including the International Dance Masters in Germany and many others. She was invited to perform as an honorary Guest Artist to such prestigious events as “So You Think You Can Dance Ukraine”, Dance Legends, Gala De Danza as well as “Stars of today meet the stars of tomorrow” Gala at the historic David Koch Theatre in Lincoln Center, New York in April 2015 and many more.

On July 6, 2015, Antonina and her partner were on the auditions for So You Think You Can Dance, an American television reality program and dance competition airing on the Fox network.

Mr. Wildes was honored to have secured this 0-1 visa classification for Antonina Skobina so that she may continue to work in her area of expertise in the United States.

The individual must provide substantial evidence to prove that he/she meets 3 of the 6 evidence categories defined by statute, as well as a written advisory opinion from a labor union or relevant peer group. The O-1 visa applicant must also show that he/she has an offer of employment in the United States to work in his/her field of expertise (or several offers of employment from multiple sources, along with a third-party Agent to petition on the individual’s behalf and connect him/her to the multiple employers).