Wildes & Weinberg, P.C. Managing Partner, Michael Wildes, returned to his alma mater, Queens College – CUNY, to present his annual workshop on U.S. Immigration and Nationality Law: A Guide for Graduating International Students. The event was coordinated by the International Students and Scholars Office.

Mr. Wildes, a 1986 Queens College undergraduate alumni, addressed both domestic and international students on U.S. immigration and Nationality Laws and how to remain compliant. His presentation included information on immigration compliance, the procedures necessary for foreign born individuals to live and work lawfully in the United States, and the regulations imposed on foreign students. He provided an in depth analysis of the various types of visa’s available to those seeking to remain lawfully on our shores and in our workforce (i.e. B-1/B-2 visitor visa, F-1 student visa, H-1B skilled professional visa, L-1 intra-company transferee visa, and O-1 Aliens of extraordinary ability) as well as the path to lawful permanent resident status (green card holder) and eventually U.S. citizenship. Mr. Wildes outlined the policies involved, discussed pertinent deadlines for the application processes, and how to maintain good status and not be in violation of our nations immigration rules. Throughout the presentation, Mr. Wildes fielded questions posed by the students and provided answers in the hope that the students would gain a clear understanding of the information given. The presentation at Queens College – CUNY is part of the firm’s ongoing efforts to improve and educate the public’s understanding of this complicated area of U.S. law. 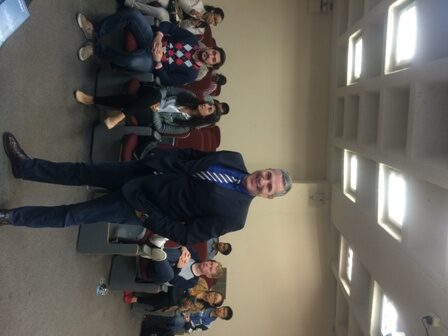 Moreover, Michael  is a frequent participant on professional panels and commentator on network television and radio with regard to immigration law, and is an Adjunct Professor of Business Immigration Law at The Benjamin N. Cardozo School of Law, New York. 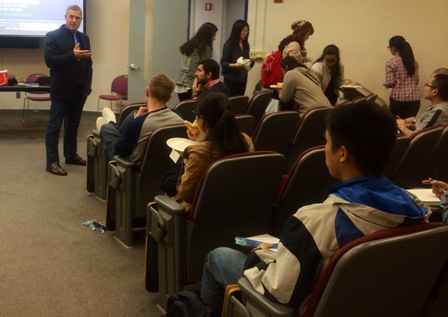