michael wildes congratulates joseph talbet on his swearing-in as a u.s. citizen

Long time client, Joseph Talbet, who has been with our team for several years while maintaining his Green Card, recently became a naturalized U.S. citizen.  At a very special ceremony on Ellis Island, with a number of dignitaries in attendance, Mr. Talbet gratefully took his oath to become a US citizen and was chosen by the USCIS Director to lead the Pledge of Allegiance for the entire group. 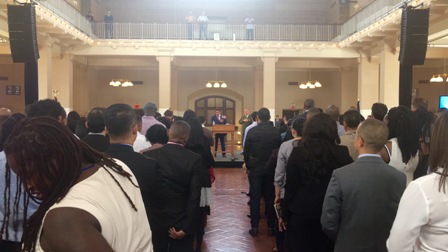 According to Michael Wildes, “We were delighted to work with Mr. Talbet”, and the feeling is mutual as Mr. Talbet stated, “I would like to deeply thank you for your helping me all the way until I am a US Citizen….Once again I am forever grateful for your help.”

There are many paths to becoming a US citizen, some of which are family-based; others through work relationships; and some through investment.  The latest numbers indicate that vast numbers of eligible folks do not obtain this final, lasting benefit on their US journey.  It is with great pleasure that Wildes & Weinberg assists those achieving this worthy goal and we encourage inquiries from members of the public. 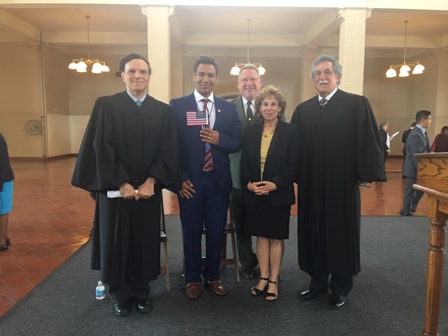 More than fifty six years since its inception the firm continues to serve a distinguished domestic and international clientele and covers all areas of U.S. immigration law, including employment and investment-based immigration, work permits, permanent residence for qualified individuals, family-based immigration, asylum applications, all temporary and permanent type visas, and US citizenship.