Perhaps best known for his portrayal of Jack Arnold, the money-conscious father on the TV series The Wonder Years, Luria also had a starring role in the play Ears On A Beatle in which two FBI agents were assigned to follow former Beatle John Lennon, one of Wildes & Weinberg’s most influential cases.Between 1972 and 1976, Senior Partner Leon Wildes represented Lennon and Yoko Ono in their struggle to remain in the United States, despite the concerted attempts of the Nixon Administration to deport them. The case (which included bringing four separate Federal lawsuits) not only resulted in John and Yoko getting their green cards and being able to remain in the United States, but it also led to substantial changes in immigration law and brought to light secretive government practices and undue political influence, that has resulted in greater transparency in the U.S. immigration system. 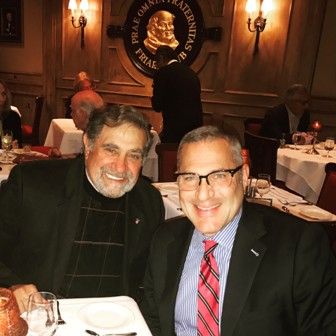