The event was the New York County Lawyers Association’s third annual program that seeks to inform the public, lawyers, corporations and national security practitioners about the latest developments in the area of national security. Michael Wildes specifically addressed issues regarding immigration and technology. 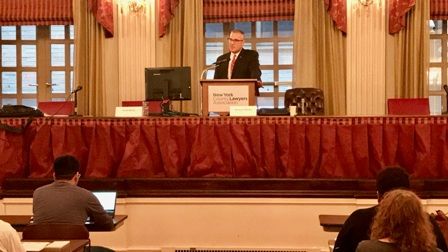