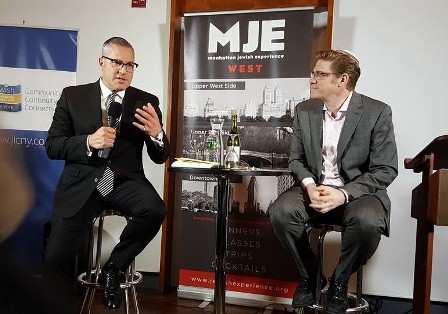 MJE, the organization which sponsored the event, is a cutting edge program for young Jewish professionals in their 20’s and 30’s, with little or no background in Judaism who are interested in connecting more to each other, to their community, and to Judaism. MJE is a place where young men and women can explore Jewish life and meet new people in a wide range of inclusive, engaging and innovative programs for thousands of young Jewish professionals, including parties, an annual ski trip, classes, beginner prayer services, marching in the Israel day parade, Friday night dinners and much much more. MJE was founded in memory of Ruth B. Wildes z”l.