Managing Partner Michael Wildes appears in Paris Match, a French weekly magazine that covers major national and international news along with celebrity lifestyle columns, in an article featuring First Lady of the United States and client of the firm Melania Trump, July, 2018. 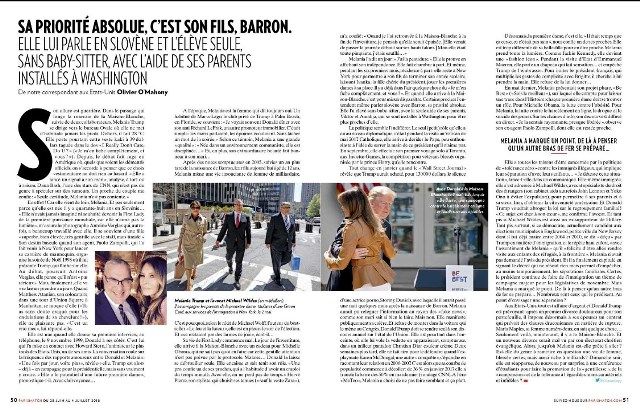