Managing Partner Michael Wildes, also Mayor of Englewood, New Jersey, presented Englewood resident Juwann Winfree with a key to the city after he was drafted by the Denver Broncos during the 2019 NFL Draft.

Winfree is an American football wide receiver who grew up and was educated in Englewood, New Jersey.  Prior to playing at the University of Colorado, Juwanne was a proud member of the Dwight Morrow High School Raiders.  Winfree received a standing ovation after he fielded questions and answers from local residents and aspiring young footballers at the Englewood Public Library. June, 2019. 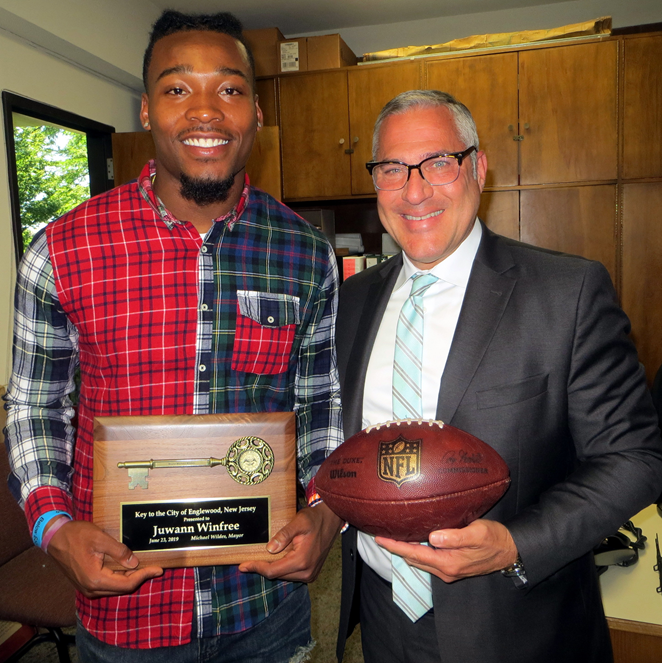