Michael Wildes, considered by many to be the immigration attorney to the stars and an O visa expert, was seen socializing with actor Chris Zylka in Miami last week. Michael was in town to attend Art Basel. Some of Chris’ TV/Movie appearances include 90210, Everybody Hates Chris, Hannah Montana, Cougar Town, Zeke and Luther, 10 Things I Hate About You, The People I’ve Slept With, My Super Psycho Sweet 16, Kaboom, Shark Night, Piranha 3D, and The Amazing Spider-Man. 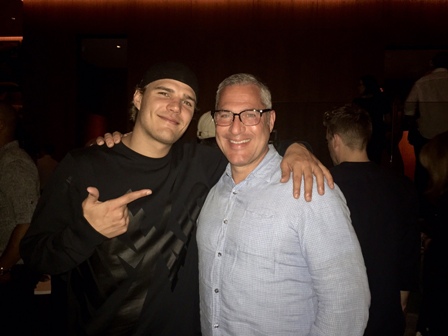