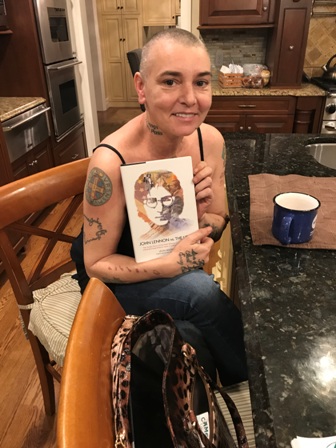 Since the books launch in August 2016, nearly 5000 copies have been purchased. Leon and his son, Michael Wildes, the Managing Partner of the firm, who also wrote the foreword to the book,  have appeared on dozens of TV and radios shows including Good Day NY,  The Michael Stolar Show, The Lawrence O’Donnell Show.  More than 1000 people have attended a “Conversation with Leon Wildes”, at noteworthy institutions such as The Benjamin N. Cardozo School of Law, Congregation Kehilat Jeshurun,  The Lower East Side Tenement Museum and NYC Beatle Fest.  The book has been reviewed and discussed by Rolling Stone, Billboard Magazine, The NY Post, and many other impressive periodicals.

Later this month, Leon will be a featured panelist and speaker at Chicago’s Beatle FEST and following this meet and greet book signing event, Leon and Michael Wildes will be in London in early September 2017 to discuss the legal impact of the Lennon case with fellow colleagues.

For more information on the firm please feel free to contact Michael Wildes by phone at (212)753-3468 or by email to michael@wildeslaw.com to schedule a consultation or for media inquiries.