michael wildes inducted as member in the friars club

The Friars Club founded in 1904 and  located at 57 East 55th Street in New York City,  is a private club famous for its celebrity roasts. The club’s membership is composed mostly of comedians, celebrities, and individuals associated with the arts and entertainment industry. Pictured alongside Michael and his wife Amy, at his induction, are his Partners and their wives, Leon and Alice Wildes, Steven and Helaine Weinberg, and fellow Friars, Larry Schatz and Steve and Sondra Beninati. 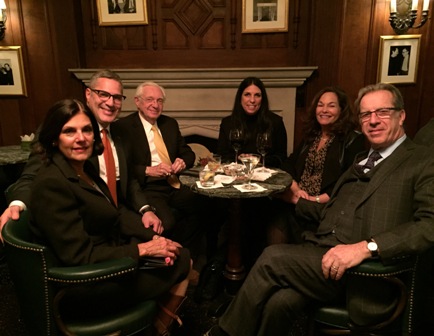 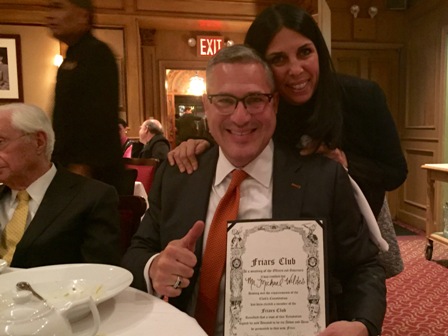 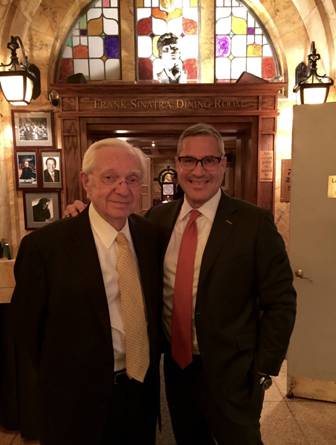 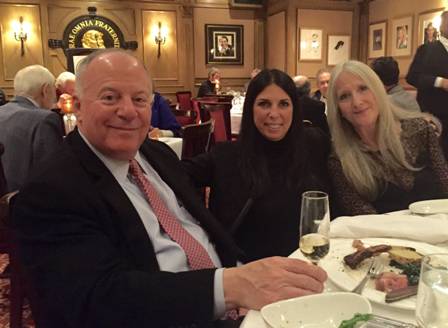 In addition to serving as the Managing Partner, Michael serves as Counsel to Lincoln Center and several international law firms. A former Federal Prosecutor with the United States Attorney’s Office in Brooklyn (1989-1993), he has testified on Capitol Hill in connection with anti-terrorism legislation and is internationally renowned for his successful representation of distinguished individuals and corporate clients. Having represented the United States government in immigration proceedings, Michael Wildes is a frequent participant on professional panels and commentator on network television and radio with regard to US immigration law, employer sanction work and compliance.

Michael is also an Adjunct Professor of Business Immigration Law and The Benjamin N. Cardozo School of Law, served two terms as the Mayor of Englewood, NJ, his hometown, was a member of the New Jersey Governor’s Blue Ribbon Panel on Immigration, an Auxiliary Police Officer, and EMT.

Wildes & Weinberg was established in 1960 by Michael’s father, Leon Wildes, who is best known accomplishment was his successful representation of John Lennon in his widely publicized deportation proceedings, the circumstances of which have inspired several films and documentaries. More than fifty years since its inception, the firm continues to serve a distinguished domestic and international clientele and covers all areas of U.S. immigration law, including employment and investment-based immigration, work permits, permanent residence for qualified individuals, family-based immigration, asylum applications and all temporary and permanent-type visas.