Jim Brown’s Common Sense radio program can be heard throughout American and worldwide on the Genesis Communication Network weekends 9 am to 11 am CT.

To listen to the interview download the second hour at this link and Michael’s interview is at the beginning of the second hour:  http://www.gcnlive.com/JW1D/index.php/archivespage?showCode=20.

Michael, the author of Safe Haven in America: Battles to Open the Golden Door, also served two terms as the Mayor of Englewood, New Jersey (and recently was elected in a landslide on November 6, 2018 to serve as the next Mayor of the City of Englewood once again), was appointed to the District Appeals Board of the Selective Service System for the State of New Jersey, was a member of the New Jersey Governor’s Blue Panel on Immigration, and has been a guest lecturer at many distinguished forums and institutions including Yale University, New York University, Brooklyn Law School, and The Benjamin N. Cardozo School of Law, where Michael is an Adjunct Professor of Business Immigration Law. 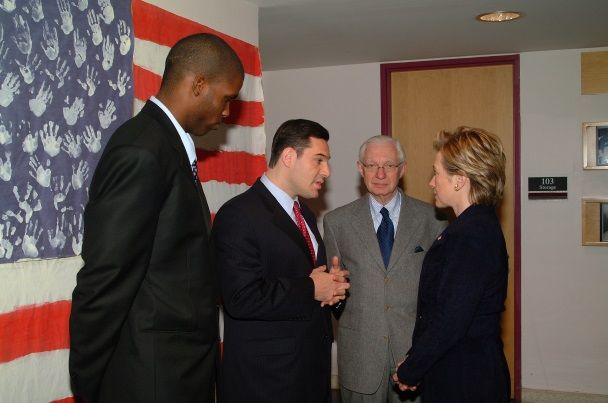