MANAGING PARTNER IS INTERVIEWED BY RUSSIAN TV’S RTVI, A NEW YORK BASED RUSSIAN LANGUAGE NEWS AND ENTERTAINMENT NETWORK, REGARDING IMMIGRATION TO THE USA, APRIL 2018.

You can view the interview beginning at 58:19 https://rtvi.com/novye-itogi/chernovik-novye-itogi-s-mariannoy-minsker-i-ekaterinoy-kotrikadze3/ 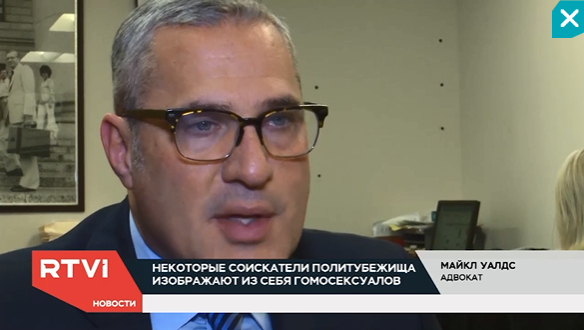 Wildes & Weinberg,  is a boutique law firm specializing exclusively in the practice of U.S. immigration and nationality law and was founded in 1960 by Senior Partner Leon Wildes, whose best-known accomplishment was his successful representation of John Lennon in his widely publicized deportation proceedings, the circumstances of which have inspired several films, books, and documentaries.