Managing Partner Michael Wildes is guest author at The Torah Academy of Bergen County High School Book Day, Teaneck, New Jersey, where he focused on the importance of “Immigration and  the American Dream”. March 2019.

On March 27, 2019, Michael Wildes, author of Safe Haven in America: Battles to Open the Golden Door  which draws on over a quarter of a century of Michael’s practice in the immigration field, was invited to address the student body to discuss the importance of immigration. During the annual book day event, the entire student body and faculty, gather together to discuss the themes presented in a book that they have all previously  read.  For book day 2019, the assigned reading was Spare Parts, written by Joshua Davis, which focuses on four undocumented teenagers, one ugly robot, and the battle for the American dream. 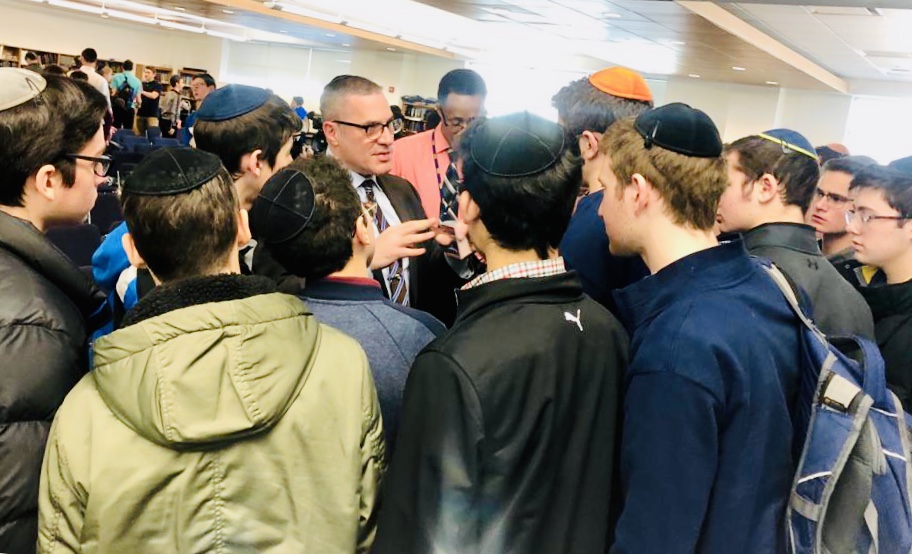