Managing Partner Michael Wildes is guest author at Yeshiva University,  where he focused on the importance of immigration and discussed his new book Safe Haven in America: Battles to Open the Golden Door, which draws on over a quarter of a century of Michael’s practice in the immigration field.

On December 13, 2018  Michael Wildes held an author Q & A at Yeshiva University to discuss the importance of immigration and his new book, Safe Haven in America: Battles to Open the Golden Door.  The event was organized by the Academic and Pre-Law advisor and was held at the Wilf Campus. Michael Strauss, Interim Dean, Sy Syms School of Business, Assistant to the Provost and Clinical Professor of Strategy & Entrepreneurship and Entrepreneur-In-Residence, moderated the evening. 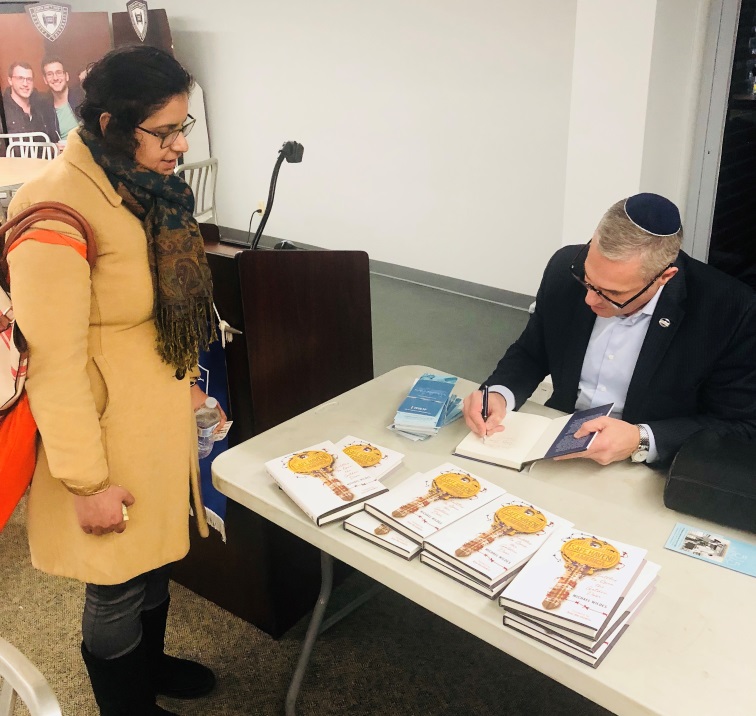 Michael also served two terms as the Mayor of Englewood, New Jersey (and recently was reelected in a landslide victory to resume the role of Mayor in January, 2019), was appointed to the District Appeals Board of the Selective Service System for the State of New Jersey, was a member of the New Jersey Governor’s Blue Panel on Immigration, and has been a guest lecturer at many distinguished forums and institutions including Yale University, New York University, Brooklyn Law School, and The Benjamin N. Cardozo School of Law, where Michael is an Adjunct Professor of Business Immigration Law.