Managing Partner Michael Wildes was the guest speaker at the 22nd Annual Israel, Pearl and Lila Stern Memorial Lecture where he focused on “Jews and immigration: lessons from Biblical Joseph to the White House”, Monsey, New York, April 2019.

On April 7, 2019, Michael Wildes, author of  Safe Haven in America: Battles to Open the Golden Door  which draws on over a quarter of a century of Michael’s practice in the immigration field,  was invited to be the guest speaker at the Israel, Pearl and Lila Stern Memorial Lecture at the Community Synagogue of Monsey in New York.  Michael’s topic, Jews and Immigration: Lessons from Biblical Joseph to the White House was inspiring and well received.  Prior lecturers include well known Rabbis like Rabbi Dr. Moshe Dovid Tendler,  Rabbi. Dr. Jacob J. Schacter,  Rabbi Steven Weil, Rabbi Dr. Meir Yaakov Soloveichik,  and influential community leaders such as Richard M. Joel, Malcolm I. Hoenlein, Brett Stephens, and Daniel Pipes, to name a few. 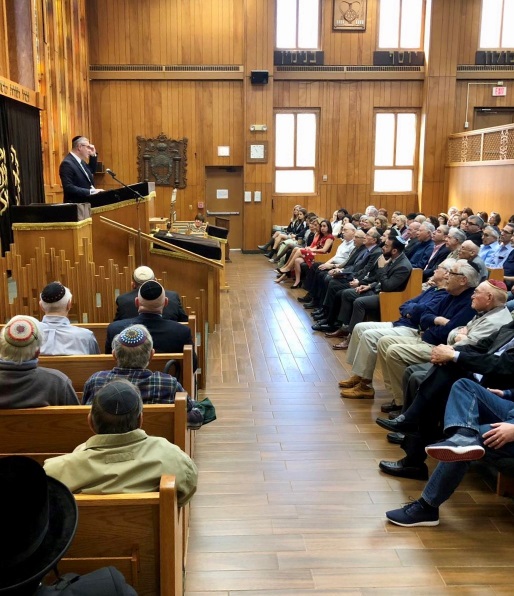 Whether it’s the long-term impact of the 9/11terrorist attacks on immigration policy or the latest twist in separating children from migrants seeking asylum, Michael Wildes’ opinion has been sought by a range of news organizations, from Fox News to CNN. He speaks with the hard-won experience of nearly a quarter-century on the front lines of the immigration controversy, as an attorney and as managing partner of the premier immigration law practice in the country. His views have not always been popular – at times he’s had to back up his lawyer’s suit with a bulletproof vest – but they’re never dull.