Managing Partner Michael Wildes is interviewed by I24 News English Channel on the changes needed for legal immigration, November 2018.

I24NEWS is an Israeli international 24-hour news and current affairs television channel located in Jaffa Port, Tel Aviv, Israel. It broadcasts in French, English and Arabic. The network began broadcasting in the United States on February 13, 2017.  The English channel is broadcast from New York between 6 and 10 pm EST.

View the broadcast, which aired via skype:

Michael who also served two terms as the Mayor of Englewood, New Jersey (and recently became the Democratic mayoral nominee once again), was appointed to the District Appeals Board of the Selective Service System for the State of New Jersey, was a member of the New Jersey Governor’s Blue Panel on Immigration, and has been a guest lecturer at many distinguished forums and institutions including Yale University, New York University, Brooklyn Law School, and The Benjamin N. Cardozo School of Law, where Michael is an Adjunct Professor of Business Immigration Law. 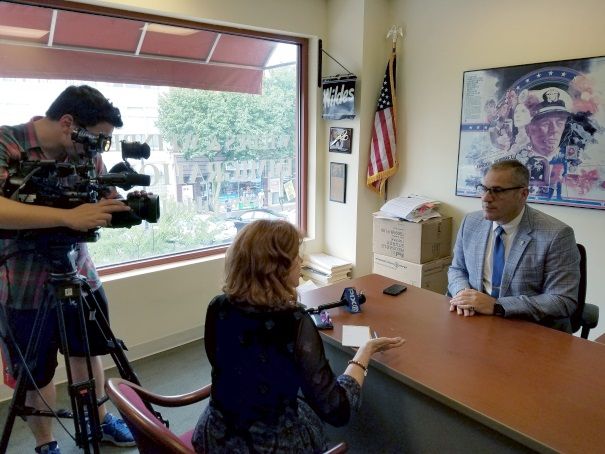