Managing Partner Michael Wildes is featured panelist on “Life after DACA”, Immigration Reform in the Age of Trump.

The Fall 2017 Symposium  was held at the Benjamin N. Cardozo School of Law in New York City and was coordinated by the Cardozo Journal of Equal Rights and Social Justice,  November 2017. 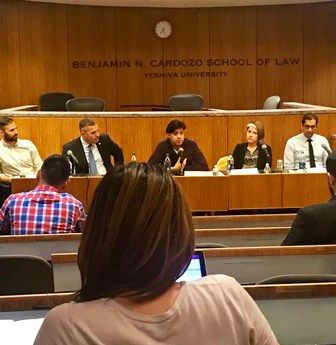