michael wildes is profiled in the jewish standard

MANAGING PARTNER MICHAEL WILDES IS PROFILED IN THE JEWISH STANDARD REGARDING HIS PRACTICE AS AN IMMIGRATION ATTORNEY AND HIS NEWLY AUTHORED BOOK SAFE HAVEN IN AMERICA: BATTLES TO OPEN THE GOLDEN DOOR. AUGUST, 2018.

Each Friday since 1931, The Jewish Standard has been the Jewish voice of northern New Jersey. Joanne Palmer’s cover story discusses Michael’s new book, his take on immigration, Melania Trump, fear, and hope.

To read the article in its entirety follow this link: https://jewishstandard.timesofisrael.com/safe-haven-in-america/ 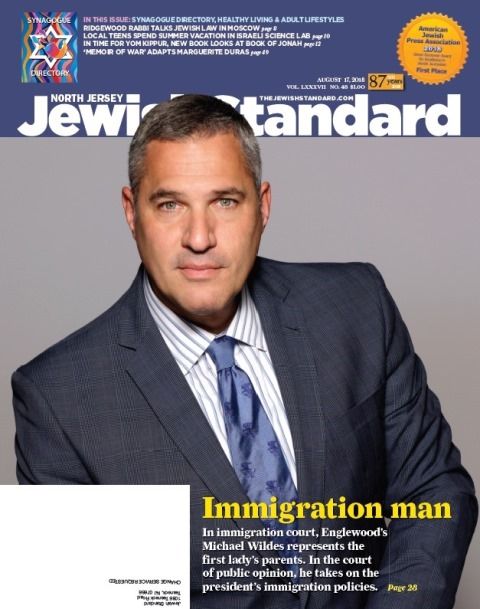