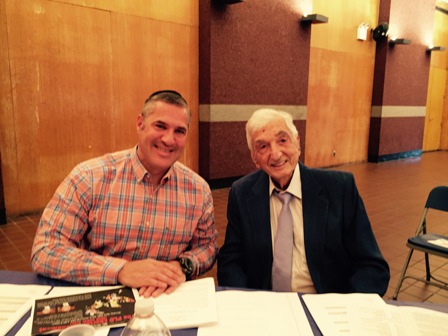 The annual Langfan Family Constitutional Oratorical Competition was held at Yeshiva University, Yeshiva College, Belfer Hall, on April 19, 2015.  This competition has recognized student excellence in public speaking and rhetoric since its establishment in 2001.  Langfan is not a traditional moot court competition where judges interrupt competitors during their argument. Instead, it is an oratorical competition in which competitors present a short uninterrupted speech analyzing a controversial constitutional issue. Students from both the Wilf and Beren campus’ participated.

Benjamin N. Cardozo School of Law Adjunct Professor and Managing Partner Michael Wildes of Wildes & Weinberg, P.C. was excited to return to judge the competition once again. This year, the students were provided with a resolution on a Constitutional issue and asked to take a position and argue that position before a panel of judges. The  topic for debate, based on the Supreme Court case Elonis v. US, was  “When do threats have First Amendment value?”   Pictured alongside Michael is William “Bill” Langfan, a 91 year-old Jewish American patriot who fought against Hitler in WWII and helped liberate Buchenwald Nazi death camp.

As a former federal prosecutor with the Eastern District of New York, Mr. Wildes provided thoughtful critique for students who participated.  He offered feedback on the students presentation style and their ability to deliver persuasive arguments  surrounding the topic.  The first place winner was award $800, the second place winner, $600, and the third place winner $400. All of the students stated that they truly appreciated the valuable input and insightful comments of Mr. Wildes, a seasoned practitioner and television commentator. 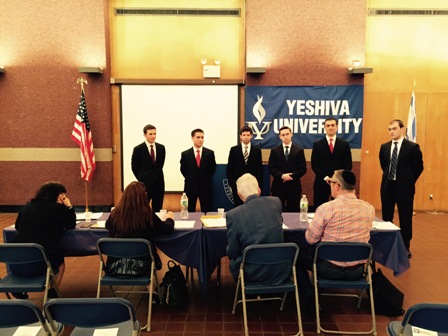