Once again, Managing Partner Michael Wildes judged a debate competition at Yeshiva University.
The annual Langfan Family Constitutional Oratorical Competition was held at Yeshiva University Beren Campus on March 30, 2014.  This competition has recognized student excellence in public speaking and rhetoric since its establishment in 2001.  Langfan is not a traditional moot court competition where judges interrupt competitors during their argument. Instead, it is an oratorical competition in which competitors present a short uninterrupted speech analyzing a controversial constitutional issue.
Benjamin N. Cardozo School of Law Adjunct Professor and Managing Partner Michael Wildes of Wildes & Weinberg, P.C. was excited to return to the competition once again. He served as judge along side Michele Filorimo, Program Director of Academic Affairs, Benjamin N. Cardozo School of Law and Ben Kelsen, Esq. who specializes in criminal law.
This years topic for debate was “Does Theocracy Have A Place in Democracy?”  As a former federal prosecutor with the Eastern District of New York, Mr. Wildes provided thoughtful critique for students who participated.  He offered feedback on the students presentation style and their ability to deliver persuasive arguments  surrounding the topic.  The first place winner was award $800, the second place winner, $600, and the third place winner $400. All of the students stated that they truly appreciated the valuable input and insightful comments of Mr. Wildes, a seasoned practitioner and television commentator. 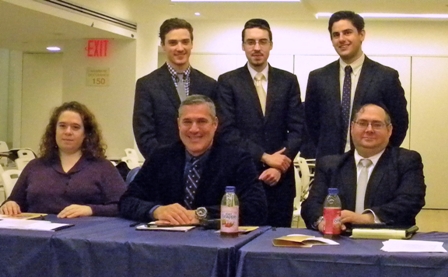 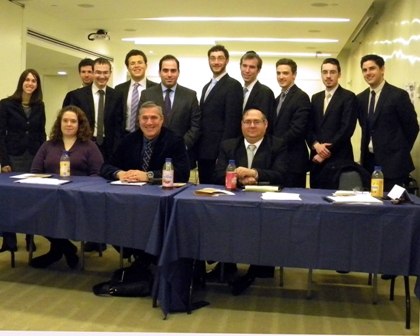