The play is centered on sociopolitical themes and focuses on a dinner party between four people with very different backgrounds. As the discussion turns to politics and religion, the mood becomes heated.

Based in the heart of Teaneck, NJ, Black Box Studios (BBS) offers collaborative and innovative workshops in theater (drama and musicals), acting, music, and writing for children, teens, and adults. In addition to cutting-edge productions, the studio also offers acting classes, runs drama clubs, and private coaching in acting, singing, and musical theater. The professional staff, made up of teaching artists, covers all disciplines and comes from Broadway, off Broadway, film, concerts, television, and new media. They teach using an improv-based method that BBS’ founders developed during their years working in theater in New York City. For more information on BBS click here: http://www.blackboxnynj.com/ 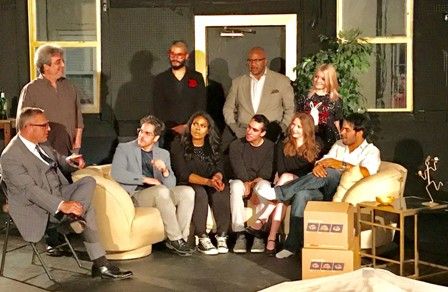