Managing Partner Michael Wildes was a featured panelist discussing Foreign Visa’s/Opportunity Zones and EB-5s at the annual Global Real Estate Summit 2022.  The event was held at the Marriott Marquis Times Square on October 20, 2022. This was the 16th annual summit, in which nine Regional Realtor Associations convened to discuss the real estate industry’s emerging trends and opportunities. 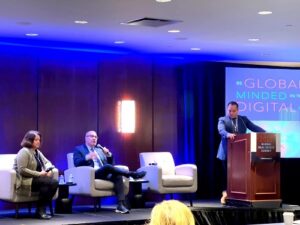