Wildes & Weinberg, P.C. Managing Partner Michael Wildes headed to Florida for Spring Break 2014; but he forsook the beach for the office and the classroom.
Considered America’s preeminent U.S. Immigration and Nationality Law practice, Wildes & Weinberg recently announced the expansion of its 3rd location in Miami, Florida. The firm still maintains offices in New York City and Englewood, NJ and Michael Wildes rotates his time between all three offices.
Michael is committed to community service and as such offers workshops, free of charge, to organizations, corporations and universities nationwide.
The North Miami campus of Johnson & Wales University is known to be an international center of business, trade and tourism that fuses influences, cuisines and cultures into the classroom. The student body is made up of young men and women from over 45 states and 50+ countries.  Many of the graduates go on to work in the hospitality, business, culinary, and fashion fields.
International Student Advisor Nicole Graham arranged for Michael Wildes to present a workshop on U.S. Immigration and Nationality Law.  Michael  is no stranger to the needs of international students as he has presented this type of workshop in many other noteworthy institutions, such as New York University, Yeshiva University, and Yale University.  Further, Mr. Wildes is an Adjunct Professor of Business Law at the Benjamin N. Cardozo School of Law.
The firm,  was established in 1960 by his father, Leon Wildes, who is well known for his successful represent  of Beatle John Lennon and his wife, Yoko Ono in their deportation proceedings.  Today, the firm represents individuals as well as prominent American and International firms, banks, industrial, financial and manufacturing concerns and law firms in connection with the personnel needs of their foreign national employees.  In addition, it has a distinguished clientele and its staff has done substantial immigration work for performing artists, directors, writers, models, actors/actresses, athletes, fine artists, art dealers, curators, and literary agents.
To schedule an immigration presentation for your institution or organization, contact Michael at michael@wildeslaw.com. 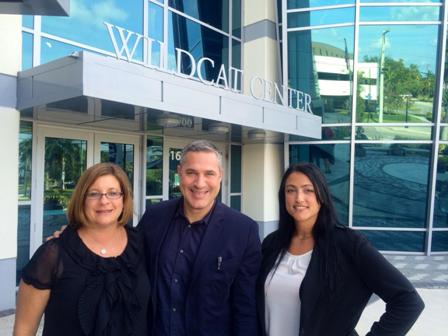