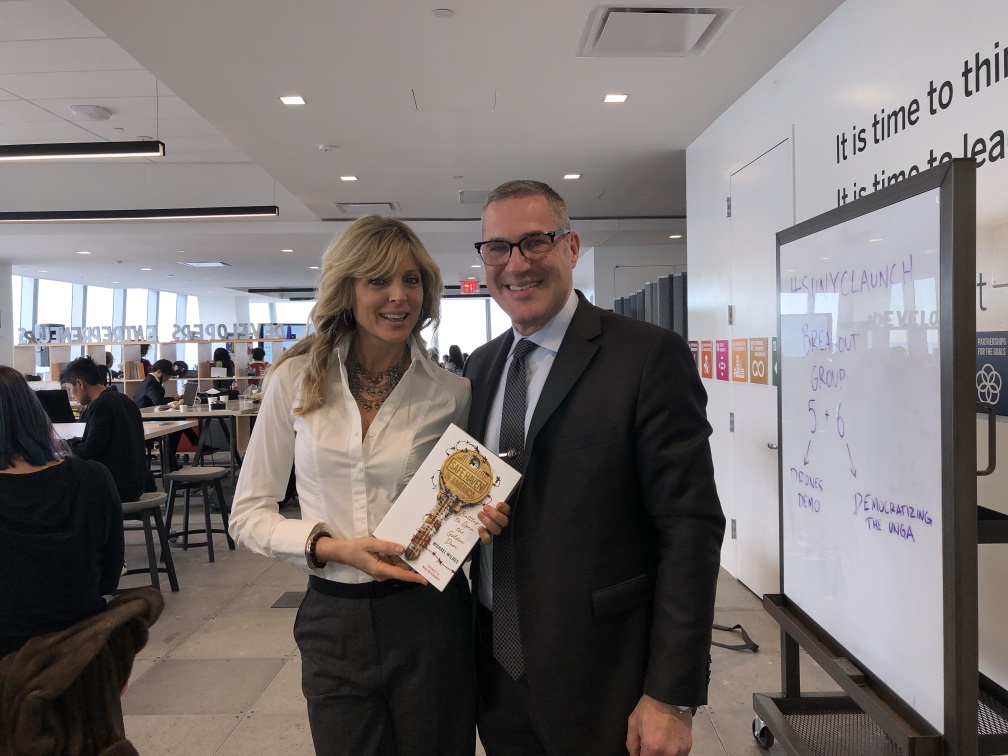 Michael’s “fireside chat” at the SingularityU Summit revolved around U.S. immigration issues and culminated in a book signing as he recently authored Safe Haven in America: Battles to Open the Golden Door, which draws on his practice in the immigration field.

Whether it’s the long-term impact of the 9/11terrorist attacks on immigration policy or the latest twist in separating children from migrants seeking asylum, Michael’s opinion has been sought by a range of news organizations, from Fox News to CNN. In his book, he speaks with the hard-won experience of over a quarter-century on the front lines of the immigration controversy. His views have not always been popular – at times he had to back up his lawyer’s suit with a bulletproof vest – but they’re never dull.

With the publication of Safe Haven in America, he doesn’t travel over well-worn legal and political terrain. In the book, he presents case histories that read more like espionage thrillers, populated with KGB agents, nuclear whistle-blowers, and even accused terrorists fighting for their lives as well as legal standing in the U.S. But he also tell human stories – tales of children kidnapped to foreign countries in bitter divorce battles; families all but destroyed by the attack on the World Trade Center; a hero’s shabby treatment after standing up to terror; and a young DACA recipient becoming the target of a hate attack.

From managing media expectations with bombshell political revelations to the day-to-day demands of running a practice with offices in four states,  Safe Haven in America  presents a look behind the scenes of one of America’s perennial political flash-points, along with startling disclosures from some of his most riveting cases.

In addition to running a highly successful immigration law practice and his part-time position as Mayor of Englewood, NJ, Michael is an adjunct professor at the Benjamin N. Cardozo School of Law in New York,  and serves as Counsel to Lincoln Center and two international/corporate law firms.  Further, he is internationally renowned for his successful representation of distinguished individuals and corporate clients such as performing artists, directors, writers, models, actors/actresses, athletes, race car drivers, fine artists, art dealers, curators, musicians, photographers, stylists, and literary agents. Some of the firm’s recent clients include famed artist Sarah Brightman, several Miss Universe winners as well as soccer icon Pele and Chef Jean-Georges.