Managing Partner Michael Wildes is pictured with clients rabbi chaim miller, spiritual leader and noted author  and israeli singing sensation gad elbaz. The firm obtained o-1 visas for these talented individuals and then went on to represent rabbi miller in his application for lawful permanent residence. 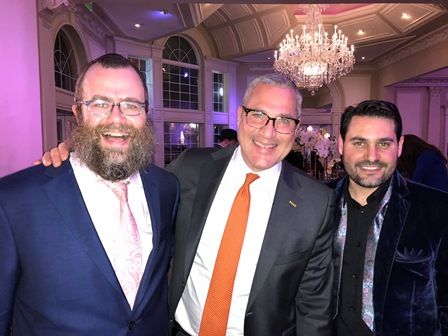