Peter Gatien, a Canadian native and owner of several New York nightclubs including the Limelight, Palladium, Club USA, and Tunnel, was dubbed as the “King of New York Clubs”. Yet despite his success in the entertainment industry, he faced legal challenges.  A 2011 documentary, called Limelight, produced by Gatien’s daughter, looks at New York City night life in the 1990’s and addresses the rise and fall of her father’s club empire. Partner Steven Weinberg handled Mr. Gatien’s immigration fight. Now he’s Back! And Michael Wildes is now working with Peter.

On a recent visit to New York City, Mr. Gatien stopped by the offices of Wildes & Weinberg and had this to say: “I am back with the best immigration lawyer in New York”. 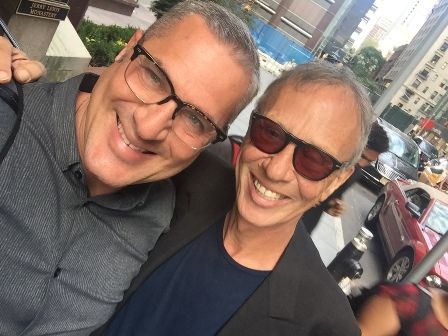