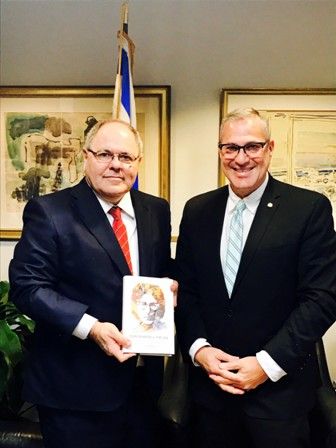 Wildes & Weinberg, P.C. was established in 1960 by Founding and Senior Partner, Leon Wildes, whose best-known accomplishment was his successful representation of John Lennon in his widely publicized deportation proceedings, the circumstances of which have inspired several films, books, and documentaries..

Today, the firm, which maintains its reputation as a niche practice has offices in New York City, Englewood, NJ,  Miami, FL, and Los Angeles, CA, and services a distinguished domestic and international clientele and covers all areas of U.S. immigration law, including employment and investment-based immigration, work permits, permanent residence for qualified individuals, family-based immigration, asylum applications and all temporary and permanent type visas.

Over the last five decades, the firm has assisted many talented Israeli individuals from Tzvika Pika to Moti Giladi to Shlomo Artzi as well as a whole host of highly skilled professionals.