Robbie tweeted that “@michaeljwildes is the best immigraton lawyer in the USA”. 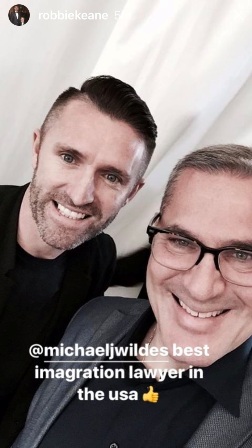 To learn how Michael and his team can help you fulfill your dreams of living or working in the United States, feel free to contact michael@wildeslaw.com or set up a consultation to meet with him personally or via skype at (212) 753-3468.