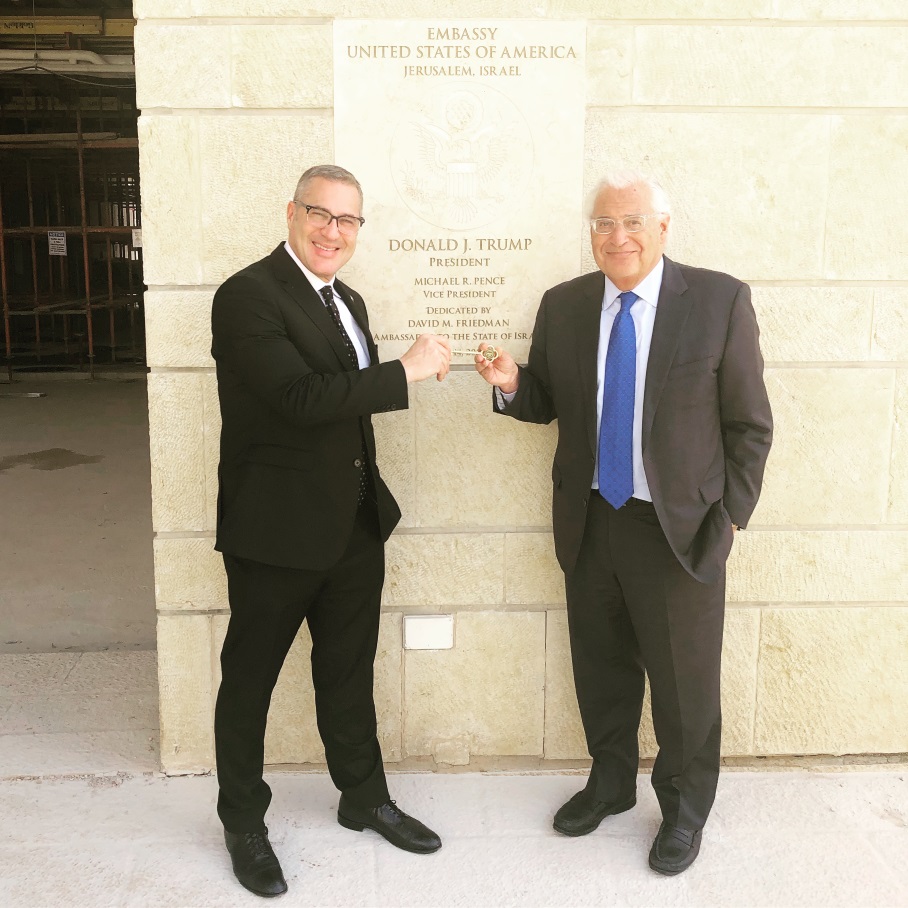 According to Michael, “On a recent trip to Israel, I had the honor and privilege to meet with U.S. Ambassador David Friedman at the Embassy in Jerusalem.”