The Year End Tax Seminar is sponsored by KSM (Katz, Sapper & Miller) Consulting and was made up of more than 400 Hoosiers, November 2017. 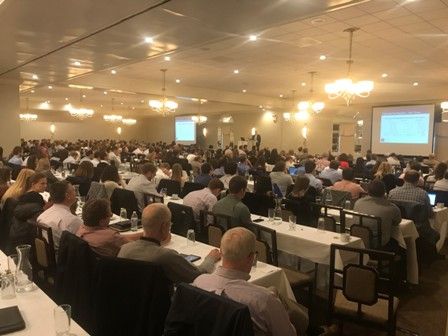