Managing Partner Michael Wildes, a former Federal Prosecutor and current mayor of Englewood, New Jersey, is interviewed by Talkline Communication Radio Host Zev Brenner regarding his discussion with President Trump on the aftermath of the Jersey City shooting.  Michael will represent Martha Freire, the widow of slain Jersey City hero Douglas Miguel Rodriguez who is credited with saving the life of an Orthodox Jewish man during the anti-Semitic attack on the kosher supermarket and for keeping 50 yeshiva students out of harm’s way.  Talkline with Zev Brenner is considered America’s premier Jewish program. December 2019.

Listen to the Radio Broadcast:

In addition to running a highly successful immigration law practice, Michael is a three term mayor of Englewood, New Jersey, the author of Safe Haven in America: Battles to Open the Golden Door, which draws on over a quarter of a century of his practice in the immigration field, an Adjunct Professor at the Benjamin N. Cardozo School of Law in New York, and serves as Counsel to Lincoln Center and several international/corporate law firms. 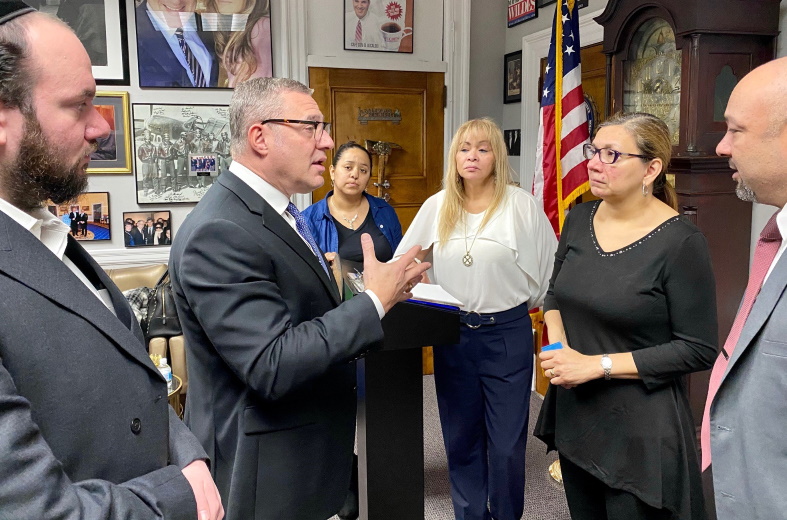