Managing Partner Michael Wildes recently participated in the Celebrate Israel Parade 2016. Michael, who has been a member of  Hatzalah, the largest all-volunteer Ambulance Service in the United Statess, for nearly 25 years, was stationed at the medic tent, to be on hand in case of emergency. Luckily, the day went off without any glitches and Michael even had the time to pose with Mayor Bill DiBlasio! 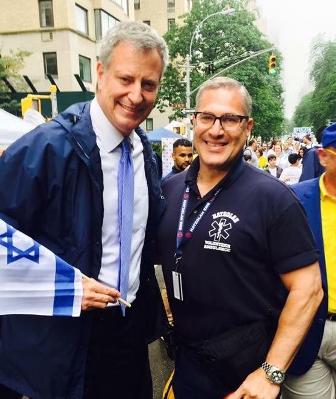 To learn more about Michael Wildes or Wildes & Weinberg, please feel free to email him atMichael@wildeslaw.com  to schedule a consultation or for media inquiries.