The seminar was arranged in response to recent anti-immigrant rhetoric and expanded federal deportation efforts and as a means to provide worried immigrants with the knowledge required to adequately prepare for worst-case scenarios.

The workshop, Know Your Rights: Overview on U.S. Immigration Law, was held at the Corona Branch of the Queens Library and was organized by Jenifer Rajikumar, Director of Immigration Affairs & Special Counsel, NYS Department of State. Ms. Rajikumar is also a New York City politician, community leader and human rights lawyer. Staff from the Office for New Americans and Governor Cuomo’s Executive Chamber were in attendance. Also featured on the panel was immigration attorney Angela Fernandez, member of the Northern Manhattan Coalition for Immigrant Rights. 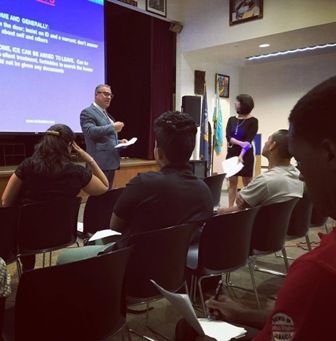