On
July 31 , 2013 Wildes & Weinberg, P.C. Managing Partner, , was quoted in the New Jersey Star
Ledger on the possibility of the deportation of BRAVO’s ‘Real Housewives of New
Jersey’ star Guisippe “Joe”  Giudice, husband of native New Jerseyan
Teresea Guidice.  It was reported that Joe, who has called the his home
since he was merely a baby, and his wife, have been indicted on charges of tax
fraud of close to $1 million dollars. Joe, who is a permanent resident of the
U.S, could face the possibility of removal, even though he has lived in the for his whole life and deported back to , if
convicted.  Any non-citizen individual who commits a crime that qualifies
for an aggravated felony, and is one involving moral turpitude, faces the
potentiality of deportation, with little if any possibility of relief.
According to Mr. Wildes, in “Giudice’s case, the
amount of the alleged tax fraud alone is nearly $1 million. That is more than
enough to reach the threshold of an aggravated felony…and fraud is clearly a
crime of moral turpitude,”

For more than 5 decades, Wildes & Weinberg, P.C. has been
assisting hundreds of thousands of individuals who wish to remain permanently
on our shores.  The only way to protect oneself from deportation and
separation of family, is to apply for Naturalization, when permissible. 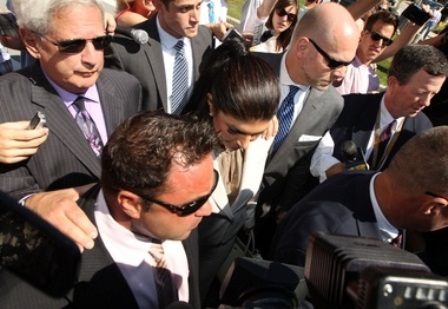