Wildes & Weinberg, P.C.  Managing Partner Michael Wildes recently returned to both the Wilf and the Beren Campuses of Yeshiva University to present an Immigration Seminar to International Students. The presentation was organized by Jennifer Golden, MA, International Student and Scholar Advisor. He was joined on one evening at one of the campuses by the Founding Member of the Firm, Leon Wildes as well.

The students, who are here as F-1 visa holders, were curious as to the best option for putting into practice the theoretical lessons learned in the classroom. Mr. Wildes discussed the employment authorization options these students could possibly avail themselves of. Specifically, Mr. Wildes covered STEM, OPT, how to obtain a social security number, as well as a discussion on a variety of nonimmigrant visa options such as B-1/B-2, H-1B, J-1, L-1, TN, etc. Moreover, Mr. Wildes emphasized that it was of paramount importance that these individuals maintain proper immigration status at all times.  A question and answer session proceeded the lecture. 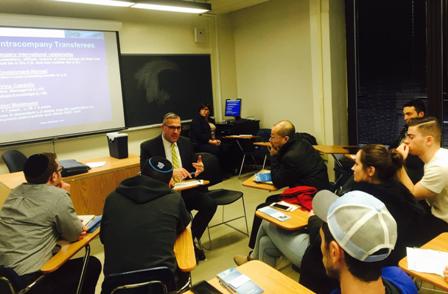 Michael enjoys being on the lecture circuit and has provided workshops on U.S. Immigration Law to universities, corporations, non-profit and social organizations, other law firms, immigration municipalities, and to the public at large for many years.  As a service to the community, his lectures are free of charge and intended to raise awareness of our countries immigration laws and how to remain in compliance.  Michael has  previously presented lectures at such noteworthy institutions as Yale University, The New School, Pace University, New York University,  and Berkeley College. 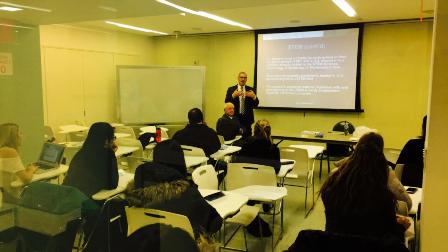