Managing Partner Michael Wildes has been honored to serve as immigration consultant for the motion picture film adaptation of the New York Times best-seller The Sun Is Also a Star, by Nicola Yoon,  July, 2018. 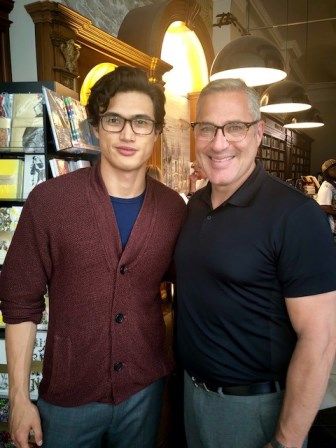 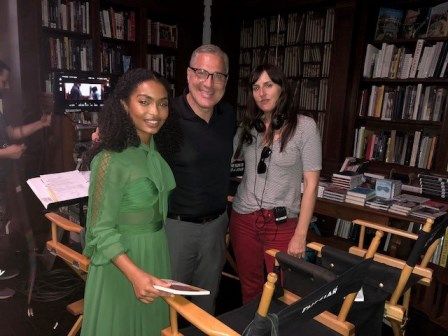 Michael poses on the set with lead actors Yara Shahidi and Charles Melton.

Nicola Yoon’s young adult novelThe Sun Is Also a Star centers around Natasha (Black-ish, Grown-ish’s Shahidi), a girl in New York City whose pragmatism is challenged when she falls in love with Daniel (Riverdale’s Melton) right before her family is set to be deported back to Jamaica. MGM and Warner Bros. are behind the feature. Tracy Oliver (Girls Trip) adapted the book for the screen, and Ry Russo-Young (Before I Fall and Nobody Walks) is the director. The Sun Is Also a Star is scheduled to be released next Spring.

For more information on the movie, please click here: https://m.imdb.com/title/tt6423362/

Michael also served two terms as the Mayor of Englewood, New Jersey (where is he currently the Democratic mayoral nominee once again), was appointed to the District Appeals Board of the Selective Service System for the State of New Jersey, was a member of the New Jersey Governor’s Blue Panel on Immigration, and has been a guest lecturer at many distinguished forums and institutions including Yale University, New York University, Brooklyn Law School, and The Benjamin N. Cardozo School of Law, where he is an Adjunct Professor of Business Immigration Law.