United Rescue, the sister organization to United Hatzalah, a free, volunteer-based emergency medical services organization with prompt response time based in Jerusalem, is sharing it’s life-saving model with members of the Englewood, N.J. community and for the benefit of Englewood Hospital and Medical Center.

Wildes, the Managing Partner of Wildes & Weinberg, P.C., a boutique U.S. Immigration law firm headquartered in New York City, takes his civic and philanthropic responsibilities seriously.  He served served over 10 years (1982-1992) with the NYPD as an Auxiliary Police Officer; Nearly four years as a Federal Prosecutor (1989-1993); was a two-term City Council Member and two-term Mayor of Englewood, NJ (1998-2010); Chair of the American Jewish Congress’ Committee on International Terrorism; Was a Member of the Board of Directors of Boys Town of Jerusalem; and just celebrated his 26 year as a certified EMT, and a Member of the Hatzalah Volunteer Ambulance Corps in New York. 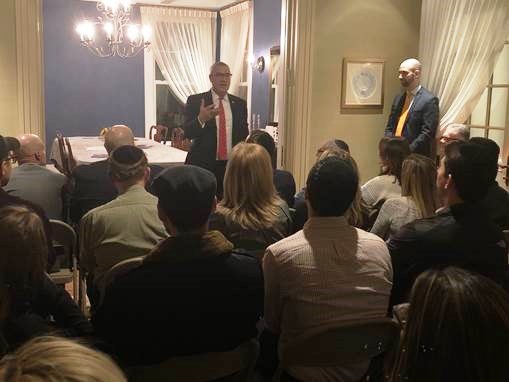