Managing Partner Michael Wildes is pleased to announce that the firm’s client, Tinka Weener, has successfully secured her visa. Michael traveled to London to help prepare the couple for the interview at the U.S. Embassy in London.

Tinka had this to say to Michael upon exiting the Embassy, “OH MY GOD!!!!! YES! After a year and a half of sleepless nights, moving to London just to stay together, endless document stress and panic attacks my American Visa just got APPROVED! Thank you SO much Michael for all your hard work and flying to London to make a house call to support me at the embassy!”. We wish Tinka much success and happiness in the Untied States. 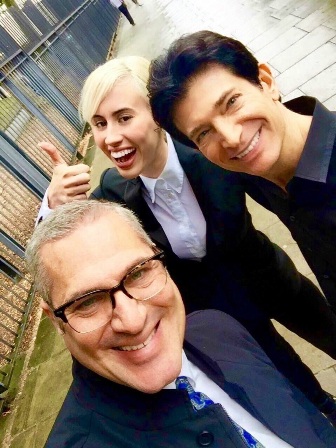 Founded in 1960, Wildes & Weinberg,  P.C., is perhaps best known for Leon Wildes’ successful representation of former Beatle John Lennon and his wife Yoko Ono. Between 1972 and 1976, Leon represented Lennon and Ono in their struggle to remain in the United States, despite the concerted attempts of the Nixon Administration to deport them.